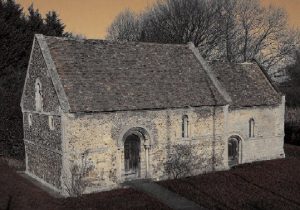 This is a report written by a female client after her first hypnotherapy and past life regression session. This is reproduced with the kind written permission of JL, exactly as she wrote it.

Well, what can I say… after what seems like a life long wish to find someone, somewhere who does past life regression, but never having succeeded, I stumble along not one but two practising hypnotherapists right on my doorstep–and one of them does regression!! And he doesn’t charge the extortionate prices that some therapists seem to. Double bonus!!

So… after going through the ‘safety talk’ (you wont be asked to do anything that you are not comfortable with; you will be in control throughout; you can come out of the hypnosis at any point etc) the session commenced.

I had concerns about how successful this would be, as I have a habit of using my brain far too much when I am supposed to be relaxing it –especially when I’m supposed to be meditation- so when Martin told me the aim of the exercise was to send the conscious side of my brain off for a short break I had my doubts as to whether it would get the message or stubbornly hang around trying to eavesdrop on the conversation!
But as he said (and I should know better than to doubt the expert) as I began to become more deeply relaxed, my awareness was heightened and I actually felt more in control the more relaxed I became, until the conscious brain got bored of me gesturing the ‘talk to the hand’ pose every time it tried to put me off and eventually skulked away for a time out.

I was asked beforehand where I would be most relaxed and so was duly transported to a forest glade in the midday sun, with the trees gently swaying in the breeze as the suns rays shone through the canopy – all very tranquil.
Unfortunately, at some point after this scene had been set, I was asked where I was and everything went black and I felt suddenly very uncomfortable and worried.
Martin obviously realised this and, as he told me afterwards, changed the subject. I was sent down a long corridor and asked to find the door that looked different to the others. This door turned out initially to be purple and sparkly and then turned from a bulk standard hotel room door to an old wooden, beamed, arched door with big metal studs – oh the wonders of the imagination.

Upon entering the area beyond, and walking out of the mist, I found myself in a rural area near a wood – my conscious mind jumped in and told me off for going back to where I had come from but I pushed it aside and ‘went with the flow’.

I am Sarah, 20 years old wearing no shoes a long brown dress tied loosely with a braided rope belt and have very long fair hair. My mother and I collect plants and herbs to help cure people who were sick-there was a lot of sickness. I live with my mother and my little brother but my father died of the sickness. We live away from the village because people didn’t like my mother and some thought that the medicine was poison and it didn’t work for every one.

I remember ‘seeing’ the people with the disease and described them as having sores on their hands and faces, and becoming very thin because they couldn’t eat. The word ‘plague’ popped into my head and on this occasion the conscious ignored my hand signal and I stopped myself from using the word.
We talked about living conditions and things that happened and then I was asked to move on in the life of Sarah to the next significant event.

I am 31 and had just given birth to a son. He is named Adam and is a strong baby. When asked if I had other children I replied that I had had two children but one died soon after birth and the other before it was born.
My husband is called Thomas.
My mother has died of the sickness and I no longer look after the sick because Thomas doesn’t want me to get sick.

Next I am 38 (it is 1172) and when asked what was happening I felt as if I wanted to cry. Adam is dead, trampled by a horse, a tragic accident. He was seven. We are cremating him on a funeral pyre. Thomas lit the flames. When asked what I believed would happen to Adam I was very moved to hear myself saying that he would be carried into the sky to live amongst the stars (I shall always remember that phrase).

Now I am old. I am tired and my body hurts. I have a daughter named Isobel (another conscious thought stopping me naming her initially due to a coincidence in this life).
Thomas went to war, north, and never came back – that was five years ago. Isobel is looking after me but is not interested in learning about the medicines – she is in love. She is married to a good man named Matthew and they have 3 sons. I am a grandmother and very proud, but the knowledge of the plants and herbs will die with me.
I am waiting for them to return from Hastings – it is a long walk and it will be dark before they return.

I am then asked to go to the time when my life comes to an end and to describe what is happening.
I am outside – I wanted to see the stars. When my soul leaves, my spirit and I float up into a pure white glow. Adam is there and my family- “They are all there.” All of us are standing in the white and gold glowing light. When asked what I look like I am white and gold and glowing too – like an angel!!
Again was that conscious imagination or how it really was – I don’t know but I’d like to think that’s how it will be, as it felt wonderful and I felt so aware and alert!!
I state that I am 71 – this seems very old for the time, but maybe the medicines and the herbal remedies that I had so much knowledge of helped sustain me into old age!! I can’t wait to see where I will end up at the next session – I may be in danger of becoming a regression junkie!!!